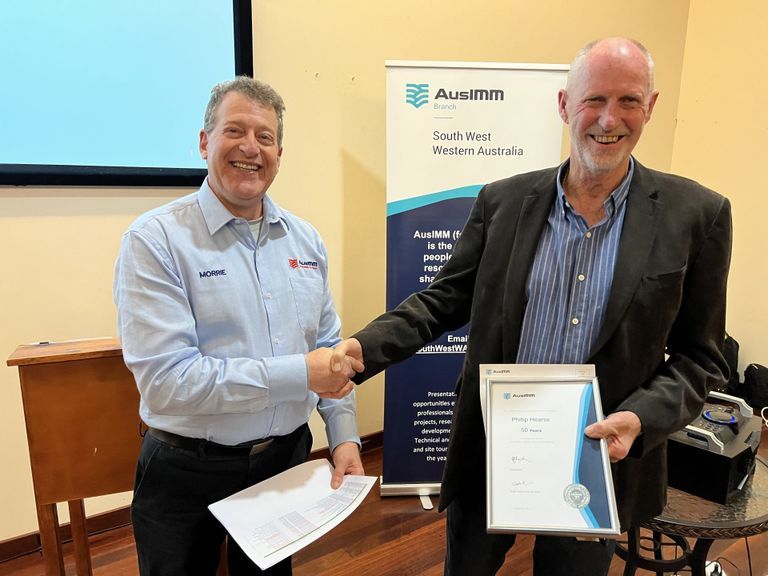 After 50 years of continuous service to the resource industry, Chairman Phil Hearse has been honoured by Australia’s peak professional body, the Australasian Institute of Mining and Metallurgy.

A Fellow of AusIMM, Hearse was recognised for the outstanding career he has built on challenging resources projects around the globe, spanning graphite, base metals, copper and gold, lateritic nickel and alumina.

In his acceptance speech, Mr Hearse acknowledged he’s covered a lot of ground in the past fifty years.

His front running mining and minerals laboratory consultancy Normet was established in the 1980’s. After great success, he sold the laboratory business in the late 90’s and the consulting arm of Normet in the early 2000’s, taking on a role as Director Advisory, before founding BatteryLimits.

“This type of mentoring by experienced members to our future leaders is something unique and can only be achieved when members like Phil give their time to share with others,” he said.